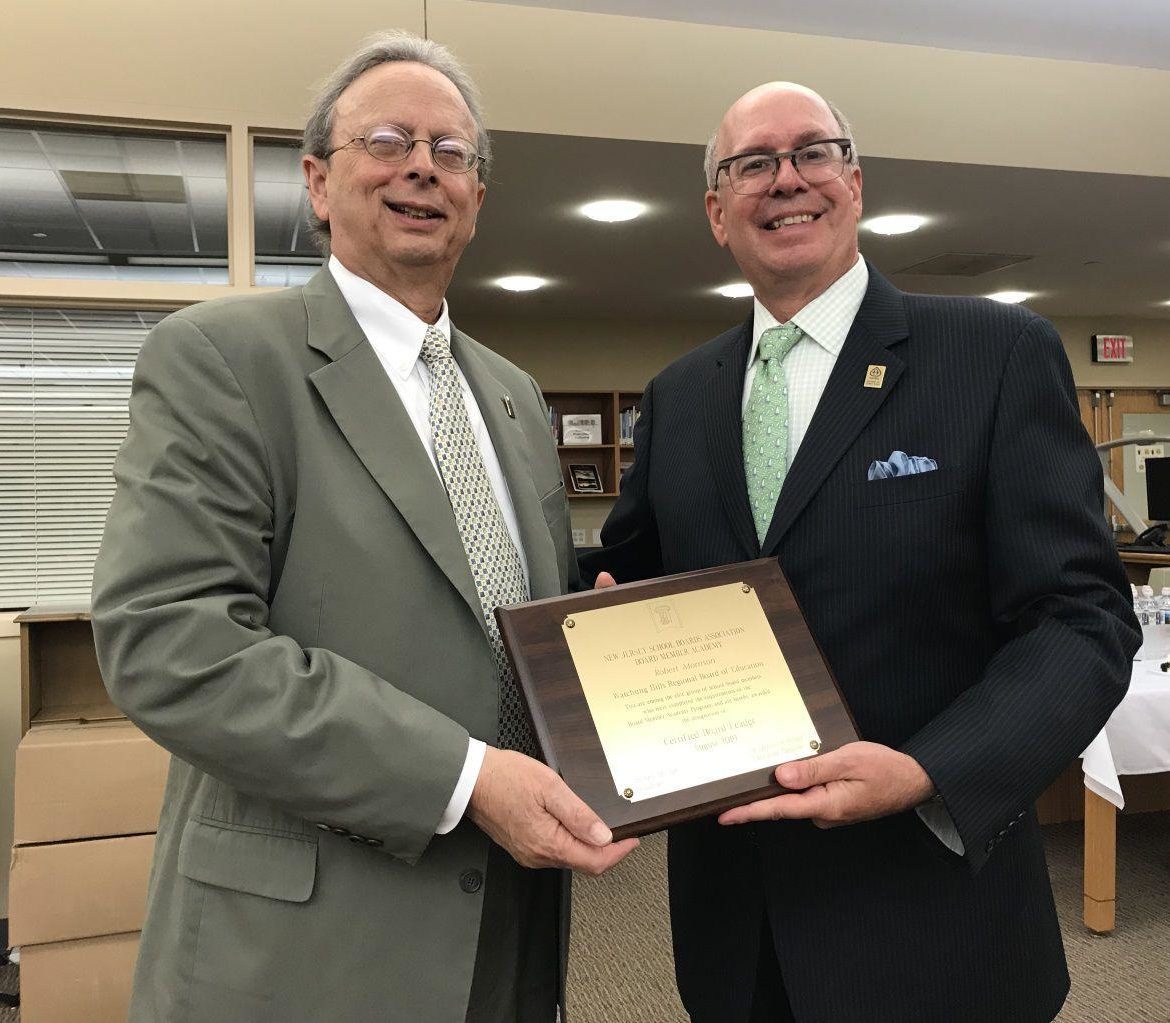 WARREN TWP. – Robert Morrison has earned a rare honor among Board of Education members in New Jersey.

Morrison, a member of the Watchung Hills Regional High School District Board of Education, was awarded the Certified Board Leader recognition by the New Jersey School Boards Association (NJSBA) at a board meeting at the high school on Tuesday, Aug. 20.

The honor is the highest level of certification offered through the NJSBA Board Member Academy certification program. It is granted to board members who meet a number of training and professional development requirements.

Morrison is a member and past president of the Somerset County School Boards Association, a past president of the Watchung Hills board, and serves on the NJSBA Board of Directors. He is the director of Arts Ed NJ, a nonprofit organization that advocates for arts opportunities in New Jersey schools.

Larry Feinsod, executive director of the NJSBA, presented Morrison with the recognition at the Aug. 20 meeting. Of the roughly 5,000 board members in the state, he noted, very few achieve Certified Board Leader certification.

“It’s not easy and it’s an inordinate amount of time,” he said.

The award is reserved for board members who undergo 60 hours of training at a variety of state and regional programs, pass a written examination, and attend at least 10 county SBA meetings, three NJSBA workshops and five full-day professional development programs.

Honorees must also display leadership at either the local, county or state level.

“And of course, it’s obvious that Bob Morrison has done tremendously well at all levels,” Feinsod said.

Feinsod, as NJSBA executive director, attends county school board meetings across the state. No matter where he goes, he said, whenever somebody raises the topic of arts education, Morrison’s name is sure to follow.

“Rightfully so,” he said, “because Bob has been a champion of the arts.”

Feinsod said Morrison is well deserving of “this unique and difficult award.”

“It’s been a privilege and continues to be a privilege to know you,” he said, “and you exemplify the best amongst board members in the state of New Jersey.”